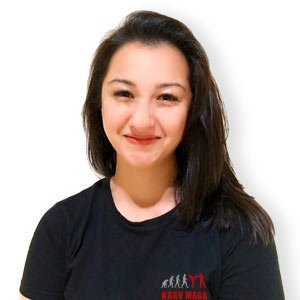 I had some previous martial arts experience but I never felt that it helped me for the street. When I discovered Krav Maga in 2013, I knew from the first class that this was for me. I knew I wanted to be the best version myself and wanted to share the passion of teaching others to protect and defend themselves. It is simple, logical, and based on pure natural instincts.
Earlier this year, I attended my first Civilian Instructor Course and recently successfully completed my second part with Megan Cohen Berkman. My goal is to empower and inspire anyone who wants to learn.