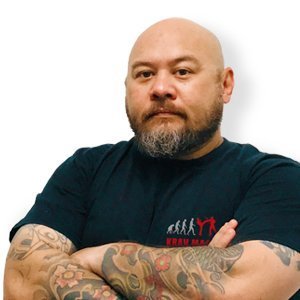 Been doing Krav Maga since 2004 where I was still in the Military, Served 12 years with the Singapore Army SOF : Special Operations Force

Was sold on the Krav Maga system when I was introduced to it because it was a solution provider
and very applicable to my line of work.

Also very simple approach to teaching based on principles rather then a fix set of movements.

Left the service in 2006 to open up the system of Krav Maga to the civilian population and Been teaching Krav Maga eversince.

My Main clientele are civilians but also projects with the military or law enforcement special units.