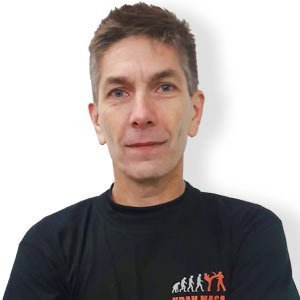 As a veteran of the French Marines and as a sports coach, I naturally came to Krav Maga in 2013. It became a passion to me quickly. Thanks to men such as Jean Paul Jauffret, Pierre Marques, Thomas Davin or Sandor Petrecz, I rapidly evolved and passed the CIC exam as a participant in the first KRAVolution CIC session. I am proud now to share and transmit my expérience.