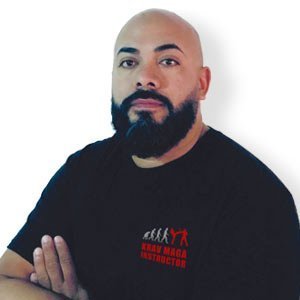 I started training Krav Maga because as martial artist I felt there was a piece missing in the puzzle, traditional martial arts or sport oriented disciplines were not enough for real life situations and for my profession, so I was invited to a seminar given by Mr John Whitman back in 2011 in San José Costa Rica so 8 years later here I am, I hope I can help people to save their lives if they find themselves in danger.